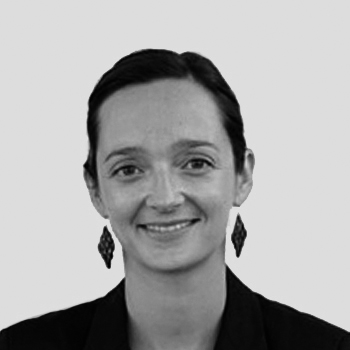 With an area of 468 km² and around 76 000 inhabitants situated between Spain and France, the Principality of Andorra offers a great number of opportunities. The official language is Catalan but also Spanish, French and English are commonly used. The parishes of Andorra are Andorra la Vella which is the capital, Escaldes-Engordany, Encamp, La Massana, Sant Julià de Lòria, Canillo and Ordino.

Situated strategically in the middle of the Pyrenees, Andorra is a full member of the main International Organizations like the UN and the OSCE and has a special agreement with the EU. Andorra is a prosperous country mainly because of its tourism industry, which services an estimated 10.2 million visitors annually. The first government has been established in 1982 and eleven years later the Constitution was approved.

The country has undertaken several changes since 2010, including new legislation to open the Andorran economy to foreign investors and to authorise the creation of banks and financial institutions. The introduction of a 4.5% VAT and a low tax on natural persons and companies, a maximum of 10%, offer opportunities for foreign investors interested in managing their international activities and establishing their residence in Andorra.

The process of liberalisation of foreign direct investment and the international agreements to eliminate the double taxation are attracting new businesses and industries to the Principality. According to the Andorran law foreign investors are considered to be natural persons without residency in Andorra, foreign legal persons and Andorran companies with a foreign participation on the share capital of 50% or more. The investments can consist of monetary or non monetary contributions in direct investments (including the constitution of new companies), portfolio investments, investments property or other kinds.

According to the Andorran tax policy, fiscal residents can choose between two distinct statuses: residency without work permit or residency with work permit. The former type of residency allows the resident to be taxed at a variable rate ranging from 0% to a maximum of 10%. This rate is one of the lowest in the world for a developed country. A minimum presence in Andorra of 90 days per year is required for Andorran fiscal residents.

The personal income tax which should enter into force on 1st January 2015 has a rate ranging from 0 to 10%. There is no inheritance tax in Andorra, nor is there a wealth tax. Andorra’s trade tax rate is 5% and the VAT rate is 4.5% (9.5% for the banking and financial services). Companies incorporated in Andorra are taxed at a rate ranging from 0% to 10 % maximum.

Part of the procedure for obtaining fiscal residency in Andorra requires residents without work permit to make an investment of 400 000 Euros in Andorra. This can be done in various forms; by a bank deposit, by a real estate purchase in the Principality or by an investment of that amount in an Andorran company. A bond deposit of 50 000 Euros must also be made to the government.

For more information about the Andorran legal system please feel free to contact us, we will be pleased to answer your questions within a short term.